Friday we went to a restaurant called Blue Mesa where I had salmon salad and the waitress took our picture around the table. 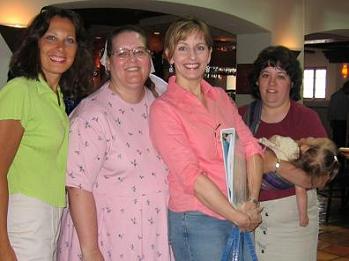 Donna-Jean, Wendi, Lynn and Karen with a sleeping Baby C          Donna-Jean, Karen, Leslie S (peeking above Karen's head), Wendi, Lynn, Leslie with Baby M
There were lots of errands to get done before the conference the next day--pick up food at Sam's for the conference, decide on titles for conference topics so we could finalize conference hand-outs, go to the copy store to make copies of handouts, iron Donna-Jean's vintage dress for her presentation. And all of this before 3pm, when we needed to be at the church where the conference would be held! We needed to set up tables for registration, decide where show-and-tell tables would be, load food into the church's refrigerator, find out where the nursery and other rooms were, and talk to the guy who would be doing the sound and recording the conference for us. The babies played on the steps of the stage, and Baby M made herself at home in the church nursery, even adopting a "baby" (doll) she found as her own. 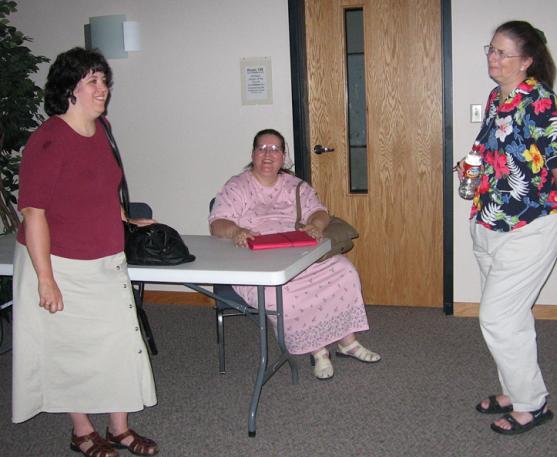 Karen, Wendi and Leslie S relaxing the day before after finishing preparations.

After all was done, we were exhausted. We thought about people who were probably already in Dallas, getting settled in their hotel rooms. We wondered if they were congregating and partying yet! For dinner, we checked out Jason's Deli, since they were providing sandwiches for the conferences. We thought we'd check out their food.

We had to be up early to get to the church by seven. We tossed our stuff into a conference room in the back and got ready for people to start showing up. Karen and I were introduced to the teens who would be helping with the babies (Baby C did fairly well, but Baby M refused to be left and got hysterical whenever she was separated from Mommy.) 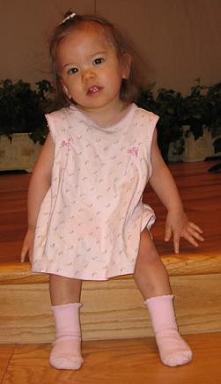 Sat morning, the babies played on the stage for awhile-- 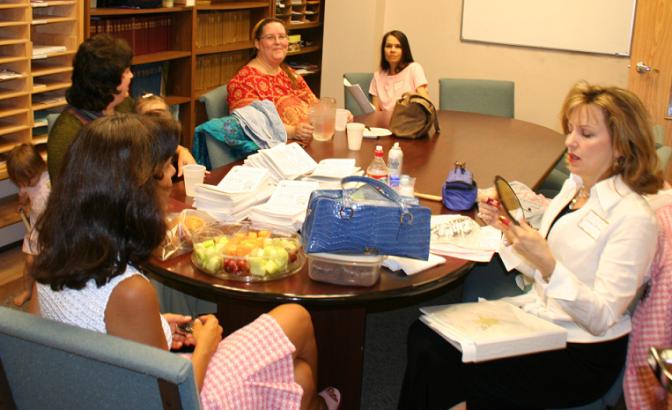 --then we all prepared in the conference room. Do we look nervous?